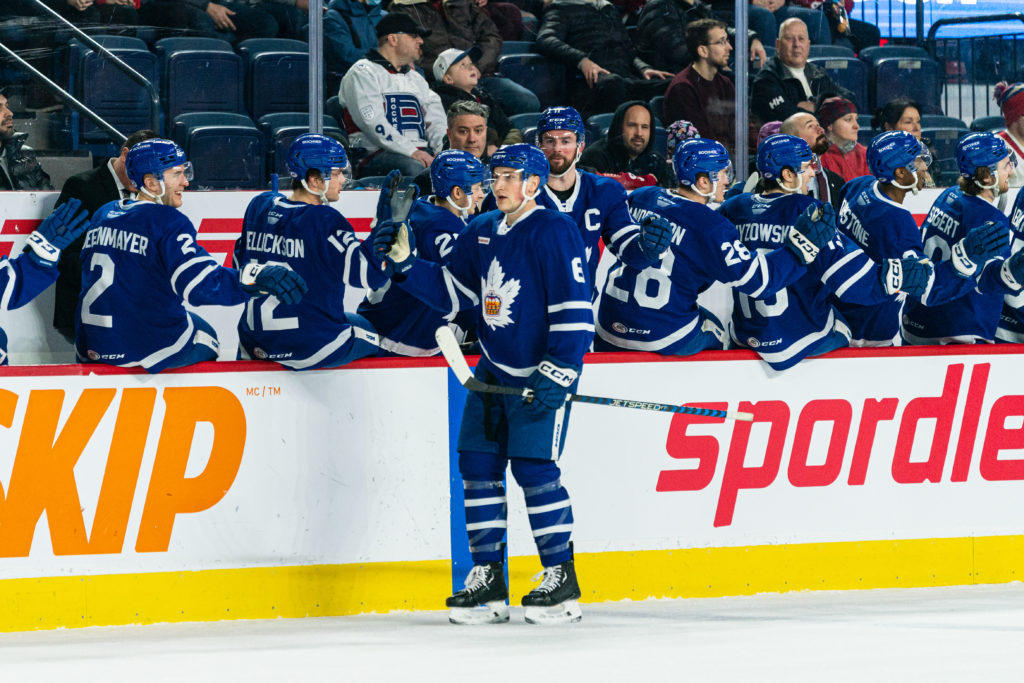 The Toronto Marlies closed out the weekend with a 4-3 shootout win over the Laval Rocket on Saturday afternoon. With this win, Toronto earns their tenth straight road win, setting a Marlies Franchise record.

In the first period, Laval opened the scoring with a goal by Xavier Simoneau at 9:43 to get the early 1-0 lead. Later, Toronto responded with a goal by Mashall Rifai at 15:05 to tie the game at one apiece. Before the period was over, Nick Abruzzese added another for Toronto with a power-play goal at 19:58 to take a 2-1 lead heading into the second. Abruzzese has points (5-7-12) in seven consecutive games.

In the second, Anthony Beauregard scored at 6:36 to tie the game at two. The score would stand to keep the game tied after 40 minutes.

In the third, Nick Abruzzese notched his second of the night with a power-play goal at 5:53 to regain the lead for Toronto. Later in the frame, Laval responded with a goal by Anthony Richard to tie the game once again. However, the score remained tied after 60 minutes, so overtime was needed. Neither team was able to convert in overtime so the game headed to a shootout.

In the shootout, both Adam Gaudette and Logan Shaw scored to secure the win for Toronto.

Erik Källgren stood tall in the Marlies crease stopping 23 of the 26 shots he faced.

The Marlies return to action on January 24th when they visit the Abbotsford Canucks. Puck drop is at 10:00EST pm on AHLTV.

On Erik Källgren’s performance:
His skill set lends to being strong in shootouts. He’s a phenomenal skater, he’s really patient. He has the personality of just being calm and waiting for the player to make the first move. Huge saves in the overtime to get us to the shootout and then a great job shutting the door.

On the young players stepping up:
With the amount of young guys that we have, they’re doing a fantastic job of making sure that they’re mentally ready and whether that’s to start a game, start a period or if we get down, they’re still there to fight. If we played the night before, if we had a couple of days off, if we travelled, all these guys are learning how to embrace the suck. It’s not always pretty, you’re not always home, you’re travelling on the road, these guys are learning how to embrace that and we’re enjoying it and having a lot of fun.

The Toronto Marlies close out the weekend with a divisional matchup against the Laval Rocket on Saturday afternoon. This will be the fourth of eight matchups between the two clubs. Currently, Toronto has won all three of the previous matchups.

The two teams last met on January 8th where the Marlies won 4-2. Currently, Toronto sits atop the North division in first place with a 26-9-1-1 record, while Laval sits in fifth place with a 16-18-4-1 record. 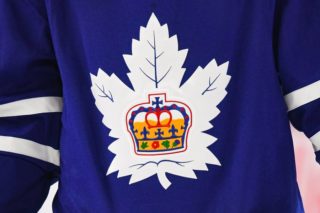