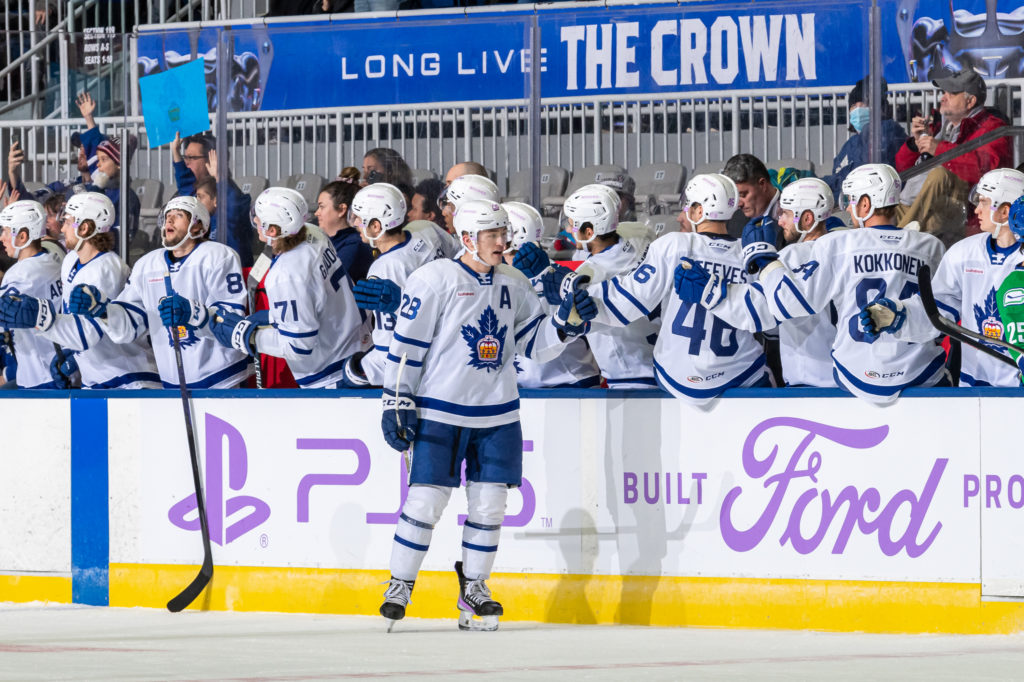 The Toronto Marlies fell 3-2 to the Abbotsford Canucks in the second half of a back-to-back on Sunday night.

In the first period, both teams exchanged chances but the goalies stood tall to keep the game tied at zero heading into the second.

In the third period, John Stevens scored at 10:53 in the frame to give Abbotsford the win.

The Marlies return to action on November 23rd against Syracuse at Upstate Medical University Arena. Puck drop is at 7:00pm on AHLTV.

On today’s game:
It was a pretty tight game. Special teams were going back and forth but overall, five-on-five I thought we had a better game than we did yesterday, didn’t capitalize on some chances. We definitely need to be better defensively and not give up as much as we do. D-zone was a strength of ours at the beginning of the year and we have to get back to a little bit of the physicality and structure that we had. We knew it was going to be hard to beat a team twice. They’re a good club. In this league, it’s always really hard to beat a team twice in a row. It was a tight one and we obviously would have liked a different result.

The Toronto Marlies host the Abbotsford Canucks for the second half of a back-to-back on Sunday night at Coca Cola Coliseum.

The two teams last met on Saturday afternoon for a game at Scotiabank Arena, where the Marlies won 5-3. The Marlies are currently 4-1-0-0 when playing at home, and 5-1-1-0 for the month of November.

Some players to watch out for on the Marlies side include Logan Shaw who leads the team with 18 points (7G,11A), and Noel Hoefenmayer who is tied for fourth in the league amongst defensemen in points (2-10-12). On the Canucks side, Linus Karlsson leads the team with 11 points.

Puck drop is at 4:00pm on the Toronto Maple Leafs app and AHLTV.