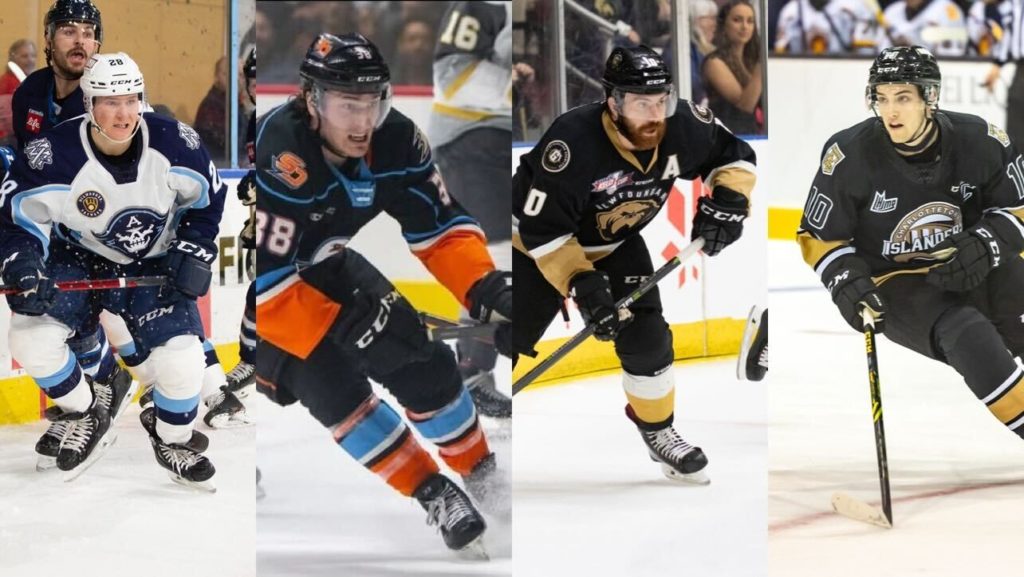 Badini, 24, registered two goals and five assists in 46 games with the San Diego Gulls this past season. The Greenwich, Connecticut native appeared in 97 games over three seasons (2017-20) with Harvard University (NCAA), collecting 51 points (24 goals, 27 assists). He captured the Clark Cup with the Chicago Steel (USHL) in 2017. Badini was originally selected by Anaheim in the third round (91st overall) of the 2017 NHL Draft.

O’Brien, 30, appeared in 53 games with the Newfoundland Growlers (ECHL), registering 28 goals and 50 assists. He was tied for second overall in points (78) in the regular season. The St. John’s native picked up 18 points (4 goals, 14 assists) in 13 postseason games. He captured the Kelly Cup in 2019 and was named the Kelly Cup Playoffs MVP. O’Brien has skated in 13 career games with the Marlies.

Solow, 23, split this past season between the Milwaukee Admirals and the Florida Everblades (ECHL). Skating in 18 games with the Everblades, he recorded 12 points (3 goals, 9 assists) and added 18 points (9 goals, 9 assists) in 19 playoff appearances before capturing the Kelly Cup. The Naples, Florida native appeared in 132 career NCAA games with Northeastern University, registering 44 goals and 60 assists through four seasons. Prior to his collegiate career, Solow played for the Dubuque Fighting Saints (USHL) where he recorded the most assists (51), most points (69) and was named USHL Forward of the Year and to the First All-Star Team in 2016-17.