Marlies Open Up Back-To-Back With Win Vs. Lehigh Valley 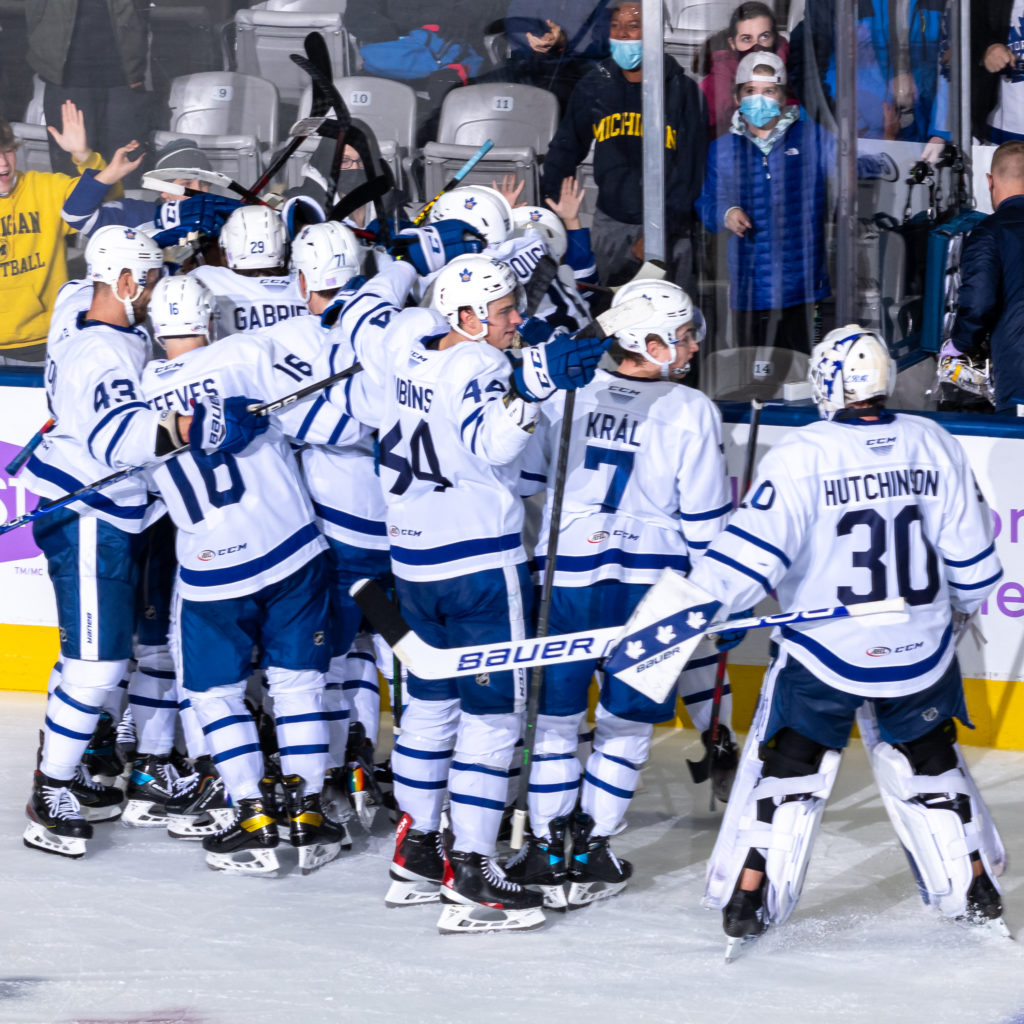 The Toronto Marlies found themselves back in the win column on Saturday evening after defeating the Lehigh Valley Phantoms 3-2 in overtime.

The Phantoms came out strong in the first. Morgan Frost opened the scoring early, while his teammate Isaac Ratcliffe followed his lead, scoring one of his own late in the frame to give the visitors a 2-0 lead heading into the break.

But, the Marlies would not surrender. Marc Michaelis found the back of the net, thanks to a great pass from Joseph Duszak to cut the lead to one after the first 40 minutes. Then in the third, captain Rich Clune scored his first of the season after he re-directed a shot from Josh Ho-Sang.

60 minutes was not enough to decide a winner, so overtime was needed. In the extra frame Ho-Sang scored a highlight reel goal with just 40 seconds left to secure the win in front of a home crowd. This was the Marlies first come-from-behind victory of the season.

The Marlies look to continue the momentum on Sunday when they host the Cleveland Monsters at 4:00pm.

On tonight’s come-from-behind win:
I thought it started a little bit before the third period. Halfway through the second, we started to find our game. We definitely didn’t find our “A” game at the beginning. It wasn’t the start we had on Wednesday. But the group stayed with it, stayed positive. Throughout the second period, we started to find some momentum and got back to being more predictable as five guys on the ice, gaining some connection, connectivity of the five guys reading off each other. Going into the third period, a lot more energy on the bench, a lot more energy in the locker room. They picked themselves up. They’re starting to find some belief and trust and confidence with one another to find ways to win games.

On Michael Hutchinson:
Hutch was great. He gave us a big chance to win a hockey game today. Obviously with the amount of NHL experience he has, he brings a lot of veteran leadership to our group. He says a lot of the right things at the right time. He had a good game today and we’re proud of the way that he’s continued to push through and find wins for us.

On the come-from-behind win:
Our team knows we didn’t bring our best game in the first period. We stuck with it and tried to do what Moore was asking us to do. We ended up getting rewarded. We learned last game that you have to play hard. I think we were still a little bit fragile after that loss last game but it was nice to see the boys’ resiliency and for them to come through and have a great game.

On tonight’s game:
We were building our game. The first period didn’t go well, the second period was a little bit better. (Moore) definitely challenged us to come out and really put our best foot forward and I thought our guys really responded. We didn’t really give up much in the third period. We had a big five-minute kill. Penalties have definitely been a bit of an issue for us but our entire penalty kill did a good job tonight, especially on that one. Not only stopping their momentum but we were able to gain momentum off of it too. So, I thought that was huge and I thought it was a great response from our guys.

The Toronto Marlies square off against Lehigh Valley for the first time since January 5th, 2020. The Phantoms won that matchup 4-2.

Both teams enter Saturday’s game coming off shootout losses. The Marlies lost to Laval on Wednesday, while the Phantoms fell to Rochester on Friday. Toronto however, are 6-3-0-1 in their last ten games, while Lehigh Valley are currently on a four game losing streak. The Marlies are undefeated in regulation when leading after the first and second periods.

Some players to watch in Saturday’s matchup include Josh Ho-Sang, who currently leads the team with seven goals and ten points. As well as, Semyon Der-Arguchintsev, the Marlies leading rookie, who has scored a goal in three consecutive games and currently has nine points. On the Phantoms side, Morgan Frost leads the way with 14 points.