Marlies Fall To Cleveland In First Half Of Back-To-Back 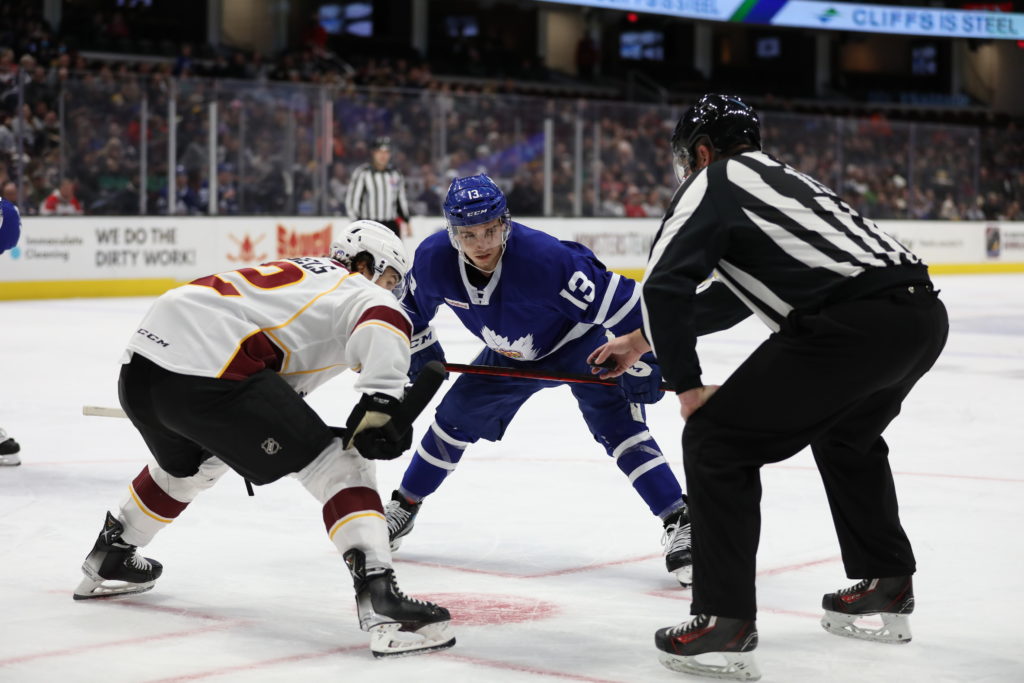 The Toronto Marlies opened up the weekend with a loss to the Cleveland Monsters on Friday night.

The game started off well, with chances for both teams throughout the opening frame. It was Cleveland who broke through first, with goals from Brett Gallant and Tyler Sikura in the first period. Joey Anderson was able to find the back of the net for the Marlies on the power-play halfway through the second period. But, that would be all for the Marlies offensively.

The Monsters went on to add three goals in the final frame, thanks to Liam Foudy, Jake Christiansen, and Trey Fix-Wolansky. The Marlies are now 4-4-1-1 against North Division opponents and 1-1-1-0 against the Cleveland Monsters.

The two teams meet again on Saturday afternoon in Toronto at 4:00pm.

On tonight’s game:
I thought we could have easily been in this game. Their goalie had a really strong one. We were for the most part out chancing them through the first two periods and just couldn’t find the back of the net. Their goalie found a way to make some saves and I felt as though throughout the game we were in it all the way.

On the impact of recent call-ups including Ryan Chyzowski:
There was some opportunity today for guys to get in the lineup and play up in the lineup; get some ice time, responsible roles on the power play. It was a good opportunity for guys today to prove themselves in some spots, get some more ice time and thought everyone did a really good job with it. Chyzwoski won some big faceoffs for us and had an impact, brought some good energy. It’s good to know and see that we have good depth in the organization for guys that can fill in when we’re short some bodies.

The Toronto Marlies are in Cleveland on Friday to take on the Monsters. This is their first trip to Cleveland this season.

In the two previous meetings between the two teams this season, both have gone past regulation. The first one ended with a 3-2 Toronto victory in a shootout, while the most recent matchup on Sunday resulted in a 6-5 Cleveland win in overtime. The Marlies have played past regulation in four straight games.

The Marlies are 4-3-1-1 against North Division opponents and 1-0-1-0 against the Cleveland Monsters this season. Cleveland are currently just ahead of the Marlies in the North Division standings, sitting second, while Toronto occupies third place.

Players to watch on the Marlies side include Brett Seney who leads the team with 13 points. He has points (3-4-7) in three consecutive games. Also, Semyon Der-Arguchintsev who is the Marlies leading rookie scorer with 11 points. On the Monsters side, Jake Christiansen leads the way with 14 points, while Brendan Gaunce leads the team in goals with seven.

The first half of the home-and-home series between the two teams begins Friday night at 7:00pm. The two will meet again on Saturday afternoon in Toronto at 4:00pm.