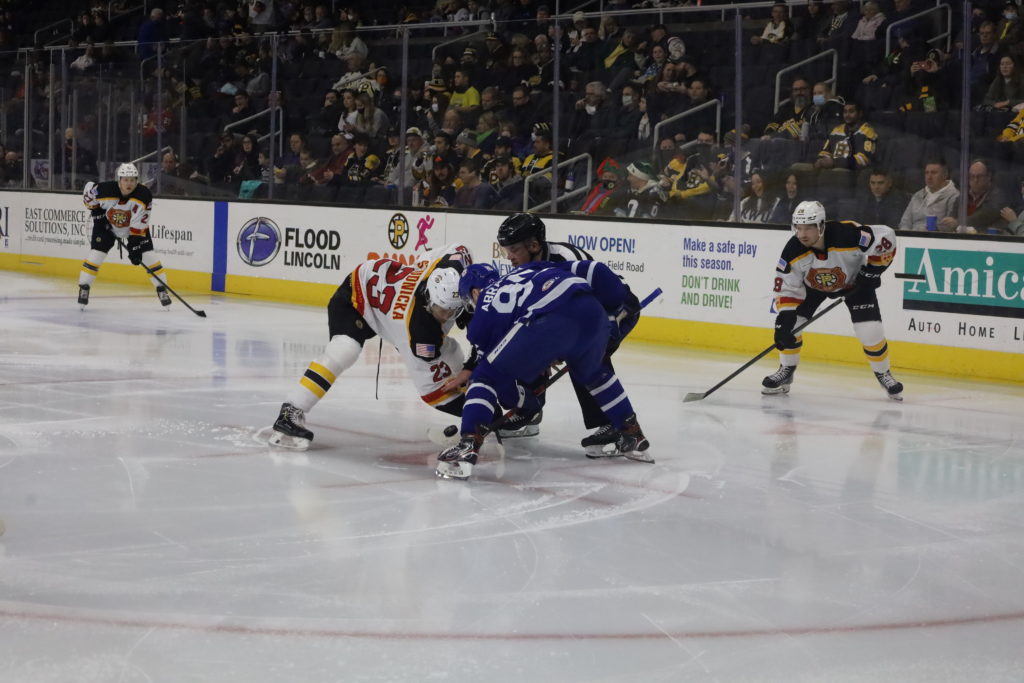 The Toronto Marlies fell 5-1 to the Providence Bruins on Sunday. The Marlies finished their weekend road trip 1-3-0-0. Toronto is 4-5-2 all-time against Providence and 1-3-2 on the road.

The Bruins opened the scoring early, as Cameron Hughes got the home side on the board just 1:39 into the game. Oskar Steen added another one late in the first, giving the Bruins a 2-0 lead after 20. In the second, former Marlies player Justin Brazeau added another for the home side just 33 seconds into the middle frame. Bobby McMann scored his fourth of the season, making it 3-1 after 40.

In the third period, Eduards Tralmaks and Oskar Steen both added another for the Bruins, bringing the score to 5-1. Joseph Woll stopped 36 of the 41 shots he faced in his return to the Marlies lineup.

The Marlies will look to get back in the win column on Wednesday night when they host they Syracuse Crunch at Coca-Cola Coliseum. Puck drop is at 7:00pm.

First weekend back for Suomela and I thought as tough as it was to not play a game in seven months to then play three-in-three, he did a really good job getting us some really strong minutes, played really well today. We’ve leaned on a lot of guys to come in and fill in some spot. After the slow start in the first, we found our game, thought we deserved a little bit better outcome in the second and third in terms of finding some goals.

The Toronto Marlies are in Providence on Sunday to take on the Bruins in their final game of a three-and-three this weekend. This is the first of two meetings between the two this season. The last time the two met was back on February 15th 2019, when Providence won 3-1.

The Marlies are coming off of a 5-4 loss in Bridgeport last night, while the Bruins defeated Springfield 3-0. Both teams currently have 22 points overall and have almost identical records in their last 10 games. The Marlies are 5-3-1-1 while Providence is 5-3-2-0. Toronto is 2-1-0-0 against Atlantic Division opponents so far this season.

Some players to watch for on the Marlies side include Joseph Duszak who scored his first goal of the season last night in Bridgeport, and also leads the team in points with 19. As well as, Semyon Der-Arguchintsev, the Marlies leading rookie scorer who has 13 points. On the Bruins side, Oskar Steen and Steven Fogarty both lead the way in points with 13 each.

Puck drop is at 3:05 PM EST on AHLTV. Fans can also follow along on Twitter (@TorontoMarlies) for game updates.