Marlies Wrap Up Road Trip With Win In Chicago 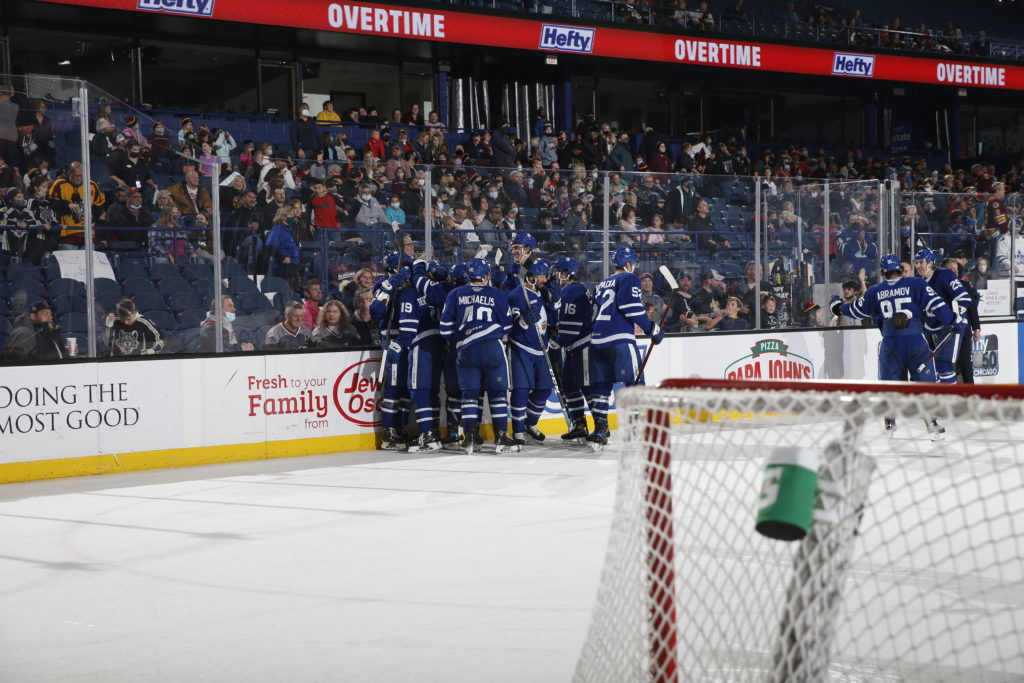 The Toronto Marlies wrapped up their four-game road trip with a 2-1 win on Sunday evening in Chicago.

It was a back-and-forth game, with both goalies standing tall in the creases. Maxim Letunov broke through for the Wolves late in the first period, but Curtis Douglas responded for the Marlies early in the second with one of his own.

That would be all of the scoring in regulation as the two teams headed to overtime. It looked as though the game would be shootout bound, until Semyon Der-Arguchintsev scored with just 1.3 seconds left in OT to send the visitors home happy with a 2-1 victory.

Michael Hutchinson was strong in the Marlies crease, turning away 37 of the 38 shots he faced in Sunday’s game. The Marlies return home on Wednesday night to face the Laval Rocket for the first of three in a row at Coca Cola Coliseum. Puck drop is at 7pm EST.

On today’s game:
(Chicago) had a great start. We were a little flat. They made it tough on us. They didn’t turn pucks over, they kept putting it in behind. They were establishing their O-zone. We were a little slow closing out plays in our defensive zone. They were spending way too much time in there. We knew they were going to come. We knew they were hungry after yesterday. As the second period came, the team started to come around, started to find our game. I thought we just got better with very shift. The team really rallied around themselves. We got back to our game plan that we had success with yesterday.

On Michael Hutchinson:
He made a lot of big saves. He’s a goalie who has a lot of experience. We’re really luck to have him here. He gave us an opportunity today to come back and win.

The Toronto Marlies are looking wrap up their four-game road trip with a win on Sunday afternoon in Chicago. The Marlies are 2-1-0-0 against Central Division opponents and 1-0-0-0 against the Chicago Wolves.

The two teams met on Saturday night for the first time since April 19, 2015. The Marlies came out victorious with a 5-1 win, and are 4-1-0-0 in their last five games. Toronto had 12 different players on the scoresheet in Saturday’s game.

Toronto’s penalty kill was perfect in Saturday’s game as they went 6-for-6, with one shorthanded goal. Toronto has recorded three shorthanded goals this season (Marc Michaelis, Brett Seney, Alex Steeves).

Puck drops at 4:00 PM EST on AHLTV. Fans can also follow along on Twitter (@TorontoMarlies) for game updates.