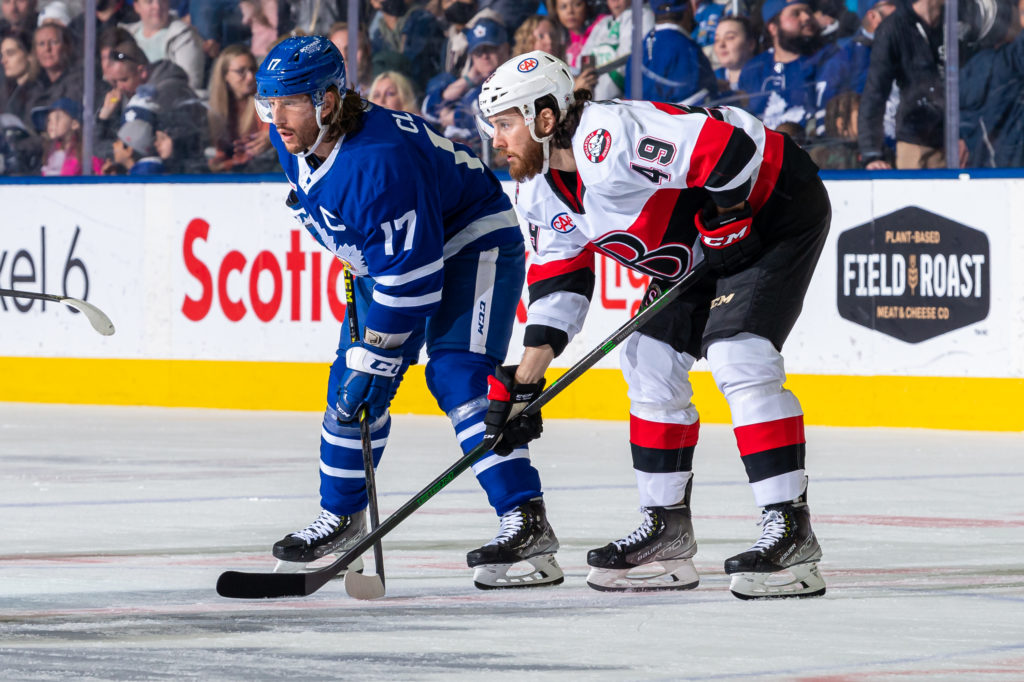 The Toronto Marlies fell 4-3 to the Belleville Senators on Sunday evening. The Marlies are now 6-4-1-0 against the Senators this season.

In the first period, Logan Shaw got the visitors on the board, and gave them a 1-0 lead after the first 20 minutes of play. In the second the Marlies responded, as Pontus Holmberg and Philippe Myers scored their second in as many games, and Bobby McMann scored his 23rd of the season in his return to the lineup to give the Marlies a 3-2 lead after 40 minutes. Mark Kastelic scored the lone Sens goal in the middle frame.

In the third, Viktor Lodin and Logan Shaw scored two quick goals early in the frame to take the lead. That would be enough to secure the win for the visitors.

The Marlies head out on the road to finish the regular season. They return to action on Wednesday when they visit the Laval Rocket. Puck drop is at 7:00pm ET.

On the final three games of the season:

Constant message of consistency. This time of year when things are tight, every shift’s a big shift, every play’s a big play. We have really long stretches of doing things really well, and then there’s one lapse, or one or two shifts that change momentum, and not necessarily is a team earning it, sometimes it’s us giving it to them. We got to eliminate that stuff.

On how the team approaches the final three games of the season:

Basically, it comes down to execution. Efforts are great, but at this point of the season you’ve got to execute, and you’ve got to come out with wins because that’s what’s going to get you in to the playoffs and that’s what matters right now.

Toronto are coming off of a big 5-1 win over Laval on Friday night, while Belleville suffered a tough 6-0 loss to Syracuse that same night. Both teams are still fighting for their spot in the Calder Cup Playoffs, so a big two points are up for grabs in Sunday’s game. Belleville currently sit fourth in the North Division standings, while the Marlies are fifth.

Some players to watch on the Marlies side include, Brett Seney and Nick Robertson. Seney leads the team in points with 57 so far this season, and has eight points (1G, 7A) in his last five games. Robertson is currently riding an eight-game point streak, during which he has seven goals and three assists. On the Belleville side, Jake Lucchini leads the team with 50 points.

The Toronto Marlies are proud to host their Fan Appreciation Night during Sunday’s game. The first 3,500 fans through the doors at Coca-Cola Coliseum will receive an exclusive Marlies hat, as well as a chance to win some exclusive prizes during the game as well. 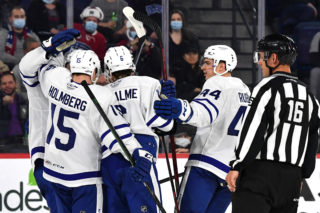