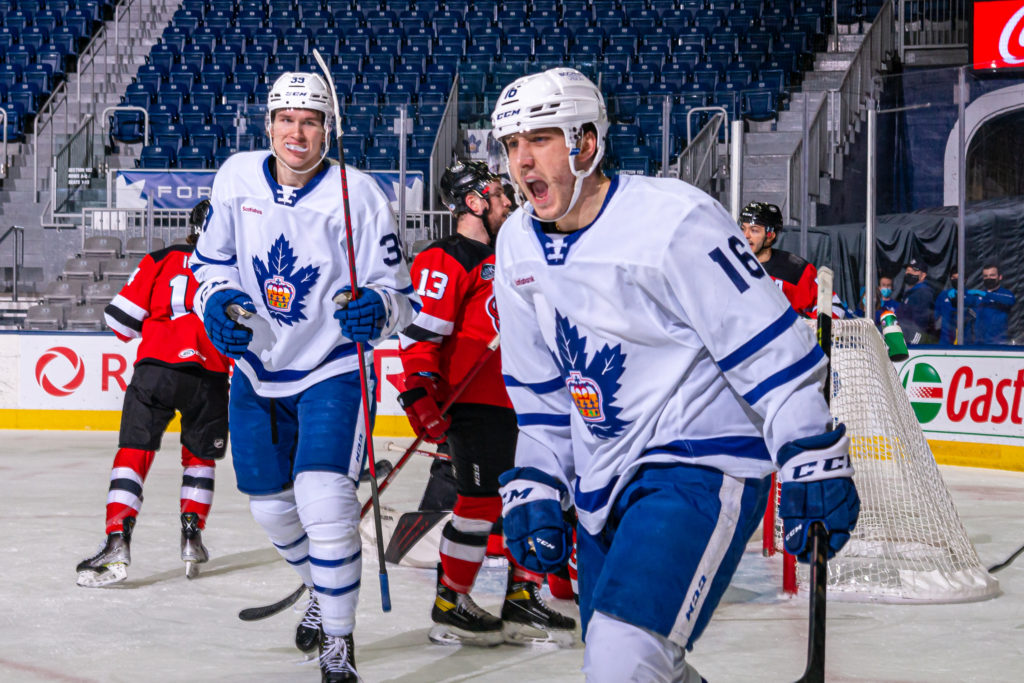 It was a very back and forth game with both teams having plenty of chances early on. It was Alex Steeves who opened the scoring with his eighth of the year. He’s now scored three goals in two games against the Comets this year.

Utica’s Fabian Zetterlund tied the game at one just before the end of the first period. In the second, Chase De Leo gave the visitors the lead just over a minute into the frame, but the Marlies responded quickly as Matthew Hellickson recorded his first professional goal 43 seconds later.

But the scoring didn’t stop there. Brett Seney tallied his team-leading 12th goal just a few minutes later. Colton White added another one for the visitors to tie the game at three before Joey Anderson gave the Marlies the lead once again with his ninth of the year.

In the third Mikhail Abramov extended the Marlies lead to two, but Brian Flynn responded just moments later, once again making it a one goal game. But in the final minutes, Joey Anderson found the back of an empty Utica net, securing the win for the Marlies. Erik Källgren stopped 32 of the 36 shots he faced.

The Marlies return to action on Monday afternoon at 3:00pm when they host the Springfield Condors.

It was a good start. We’ve mentioned it almost every time that last few games how important it is to get off to a strong start and not feel like you’re playing from behind. We’ve been changing up our routine on how we’ve been preparing whether it’s our staff, our players, mixing it up to get a new feel. It seems to be working so far and hopefully something we can build on.

On the line of Mikhail Abramov, Brett Seney and Joey Anderson:
(Anderson and Seney) have played really well together before. Today obviously to see them all have success on the scoresheet is really good to see. As the year builds and you start putting lines back together that been better before, they’ll usually start building more chemistry the more time they have with one another. They’re the type of guys that when they’re on the bench they’re talking to each other a lot about a lot of details, ironing things out in different zones.

On the team’s performance:
We feel that we have gotten better with every game since the break. We’re building in the right direction. Today was probably one of our most complete games in terms of effort, energy for 60 minutes, execution of the game plan that we set out against the opponent that we’re playing. It’s good. This is the time of year that we need to start seeing that consistency and today we saw that.

On his first professional goal:
It was awesome. It felt great to finally get the monkey off the back. I jumped on the ice and the puck was in the O-zone. I think it was Abramov who had it out of the corner and passed it up to Chad (Krys) and I’m a leftie so I was calling for it and thankfully Chad heard me and got the puck, took a look up at the net and saw some space and just tried to put it there and thankfully, it went in.

On today’s game:
We definitely got the start that we wanted to get again which is huge for our team moving forward. As the game went on, we had a lead there and we got just trying to defend it more than play which is what got us to the lead. We had to keep our foot on the gas pedal and keep moving forward.

They come hard and they don’t stop. They’ve got a lot of skill on each line, all four lines forecheck, crash and bang in on our D. That was the biggest thing just getting back and getting first touch and getting pucks in our forwards’ hands.

The Toronto Marlies host the Utica Comets on Wednesday afternoon at Coca-Cola Coliseum. The Comets currently sit atop the AHL standings in first place, while the Marlies are 15th.

The two teams last met back on November 6th in Utica, where the home side came out victorious 5-2. Alex Steeves scored both goals for the Marlies in that matchup. This will be the second of four meetings between the two clubs this season, the Marlies will be looking to even the season series up at one apiece.

Utica’s current leading scorer is Reilly Walsh with 17 points. For the Marlies, Brett Seney leads the team in both goals (11) and points (19).

Puck drops at 1:00 PM EST on Leafs Nation Network, and AHLTV. Fans can also follow along on Twitter (@TorontoMarlies) for game updates. 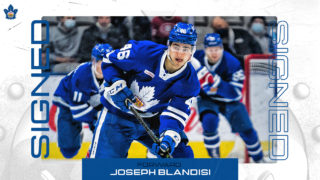 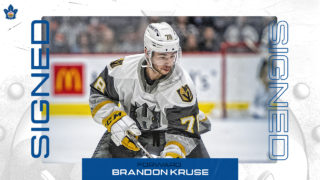 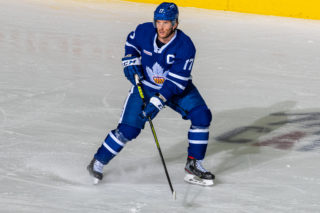 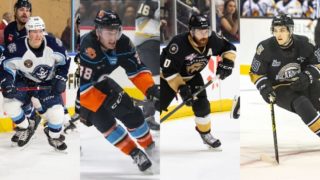 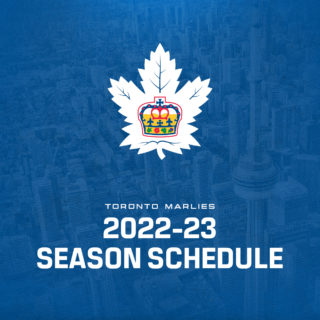 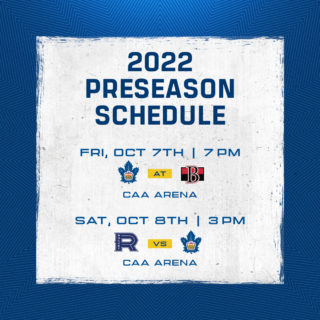