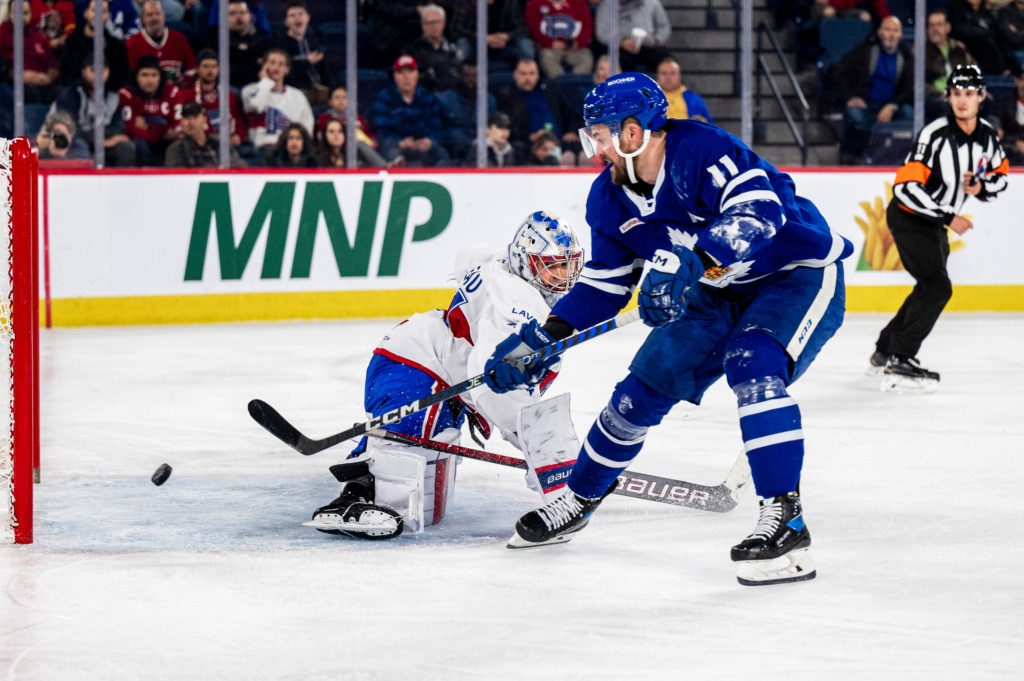 The American Hockey League announced today that Toronto Marlies forward Logan Shaw has been selected as the AHL Player of the Week for the period ending in November 6.

Shaw, 30, recorded five goals and four assists in Toronto’s last three games which included his first career four-point game (Nov. 2 at Laval). He picked up his third career hat trick on Nov. 4 against Laval where he also registered the game-winning goal in overtime. Shaw is currently tied for the AHL lead in points (6-8-14).

Defenceman Filip Král was the last Toronto Marlie selected as AHL Player of the Week on Jan. 17, 2022.