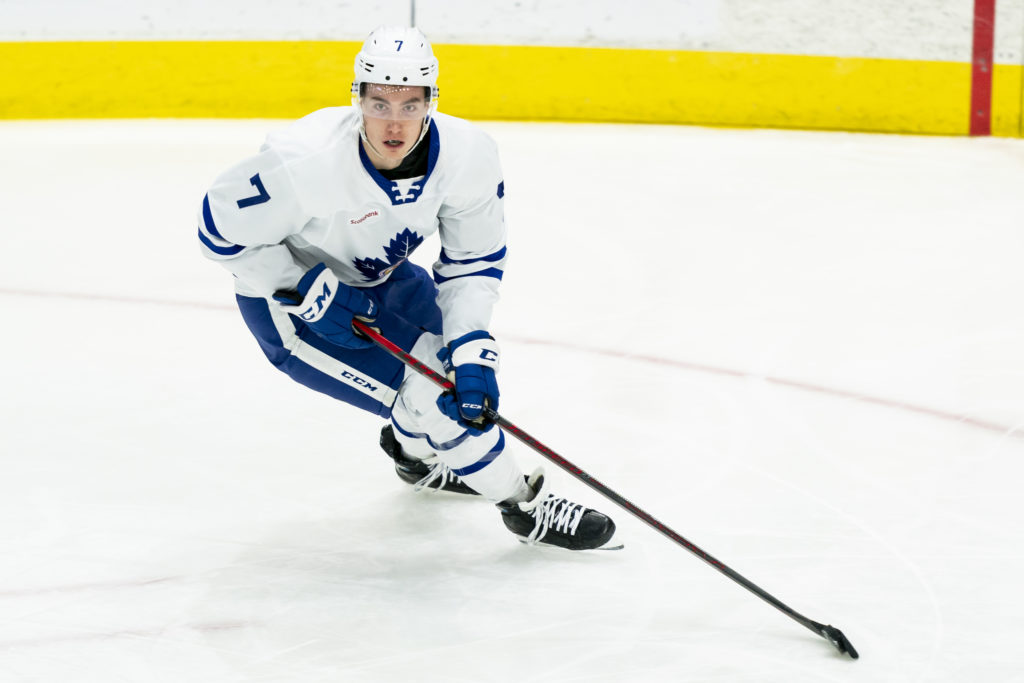 The American Hockey League announced today that Toronto Marlies defenceman Filip Král has been selected as the AHL Player of the Week for the period ending January 16.

Král, 22, has recorded two goals and four assists in Toronto’s last four games, including his first goal of the season on January 12. He had three assists against Springfield on January 10 in the first period, matching a franchise record for most assists in a single period. He is on a five-game point streak (2-5-7) extending from January 5. Král has 14 points (2 goals, 12 assists) in 27 games with the Marlies this season. The Blansko, Czech Republic native was drafted 149th overall in the fifth round of the 2018 NHL Draft by the Toronto Maple Leafs.

The Toronto Marlies are the primary development program for the Toronto Maple Leafs. Since 2005, 132 players have appeared in regular season games at both the NHL and AHL levels. The current Maple Leafs roster features nine players who have dressed for both the Maple Leafs and Marlies – Kyle Clifford, Travis Dermott, Pierre Engvall, Justin Holl, Timothy Liljegren, Jake Muzzin, William Nylander, Morgan Rielly and Rasmus Sandin