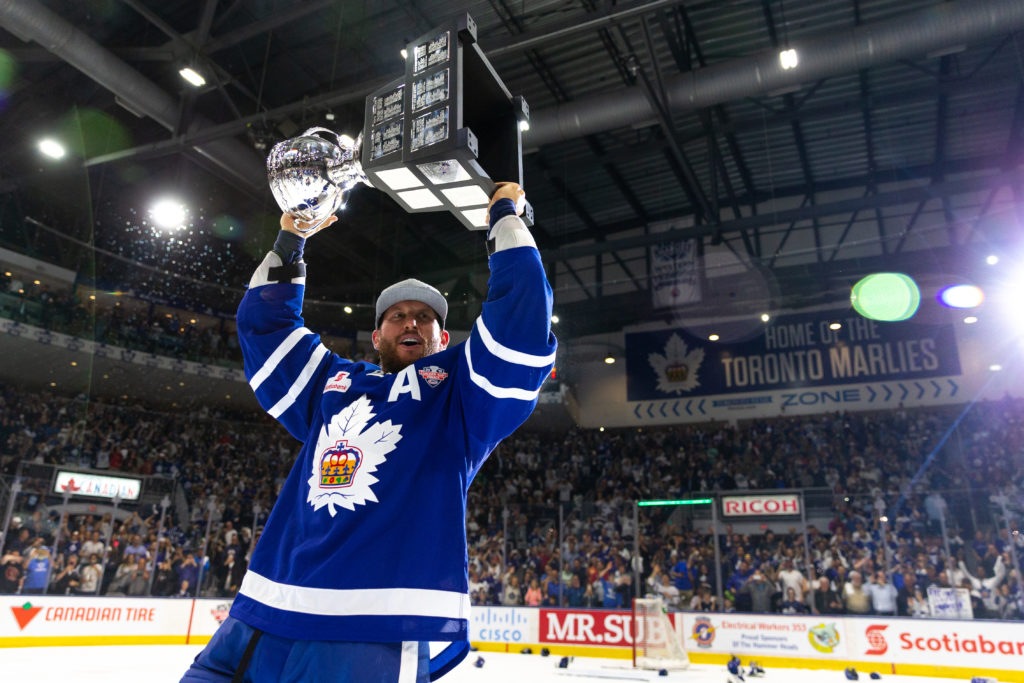 The Toronto Marlies announced today that the hockey club has re-signed forward Rich Clune to a two-year contract.

Clune, 31, enters his fourth season with the defending Calder Cup champions. In his three seasons with the Marlies, the Toronto native has served as an alternate captain, registering 38 points (12 goals, 24 assists) and 308 penalty minutes in 133 regular season games. He has also skated in 19 regular season games with the Maple Leafs and 20 playoff games for the AHL club, collecting five points (2 goals, 3 assists) and 48 penalty minutes. Clune has played more than 600 games at the NHL and AHL level since being selected by the Dallas Stars 71st overall in the third round of the 2005 NHL Entry Draft.