Bracco and Liljegren Named to the 2020 AHL All-Star Classic 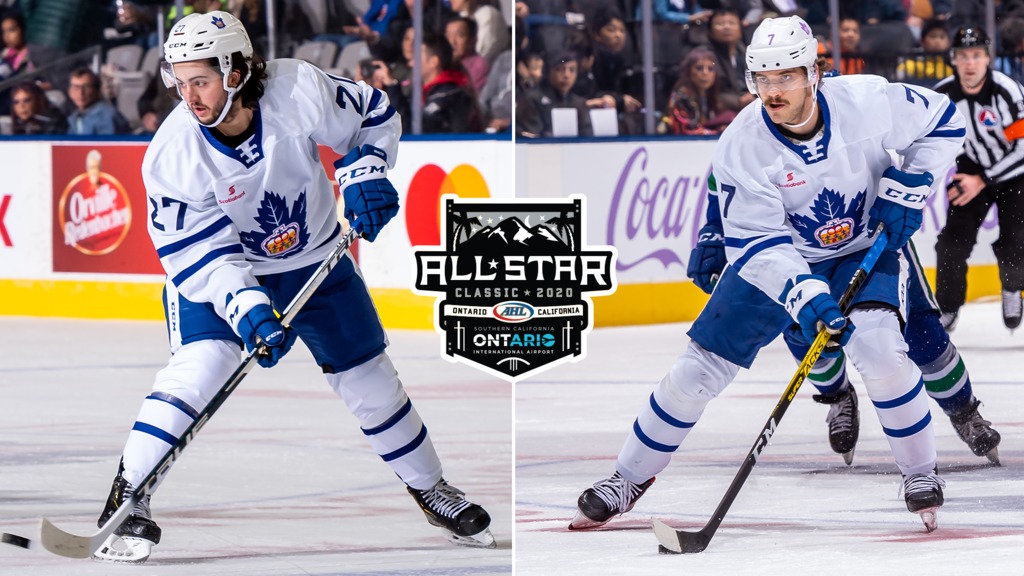 The American Hockey League announced today that Jeremy Bracco and Timothy Liljegren have been named to the playing roster for the 2020 AHL All-Star Classic presented by Ontario International Airport, taking place January 26-27 in Ontario, CA. Bracco and Liljegren along with goaltender Kasimir Kaskisuo will represent the North Division All-Star team.

Bracco, 22, has played in 42 games with the Marlies this season, registering 33 points (4 goals, 29 assists). He is fifth in the AHL in assists (29) and is tied for second amongst Marlies players in all-time regular season assists (112) through three seasons. Bracco has collected 144 points (32 goals, 144 assists) in 167 games with Toronto. He was selected by the Maple Leafs in the second round (61st overall) of the 2015 NHL Draft.

Liljegren, 20, has played in 35 games with the Marlies this season, recording 26 points (4 goals, 22 assists) and has set career-highs in scoring. He made his NHL debut on January 18 against the Chicago Blackhawks. Liljegren has registered 58 points (8 goals, 50 assists) in 122 games with the Marlies. He was selected by the Maple Leafs in the first round (17th overall) of the 2017 NHL Draft.