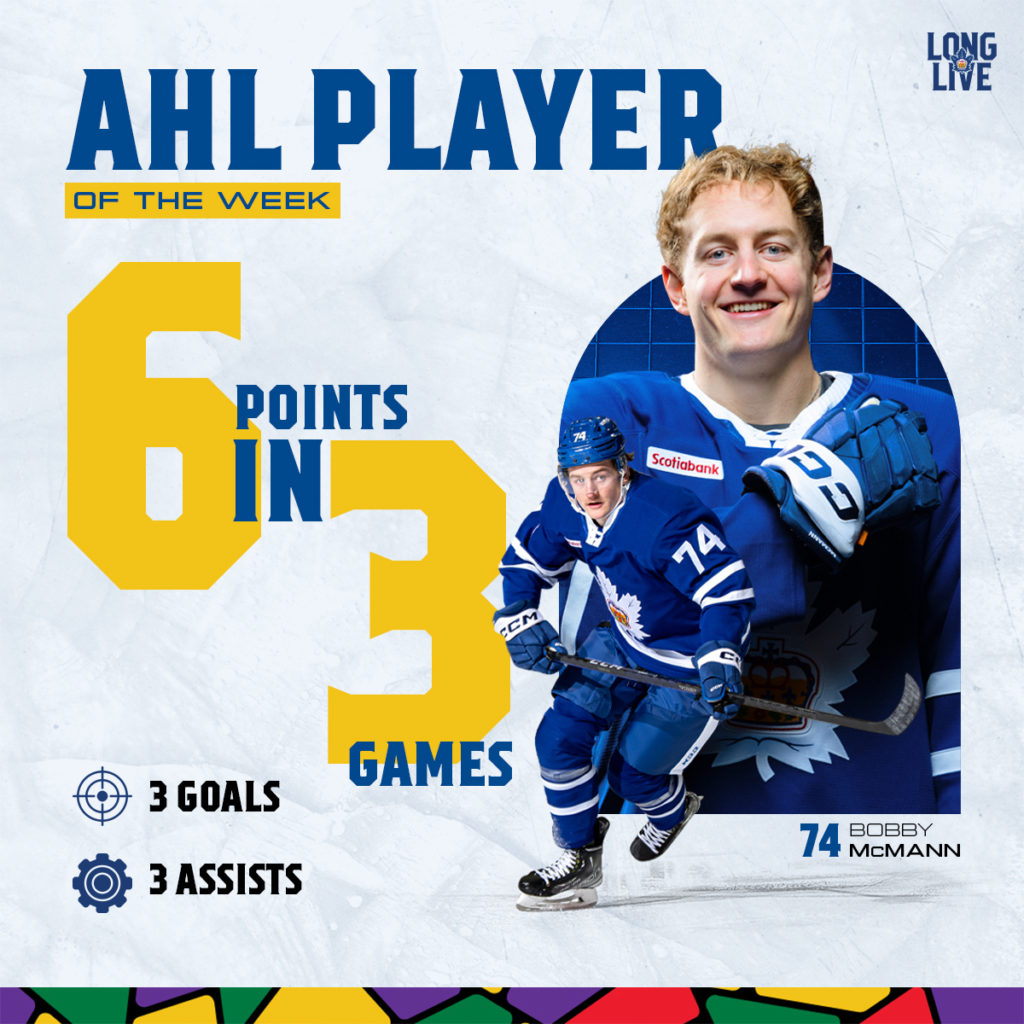 The American Hockey League announced today that Toronto Marlies forward Bobby McMann has been selected as the AHL Player of the Week for the period ending in January 8.

McMann, 26, recorded three goals and three assists in Toronto’s last three games which included his first career three-point game (Jan. 3 vs. Utica). He also picked up his fourth power play goal of the season and the game-winning goal against the Laval Rocket on January 8. The Wainwright, Alberta native is on a six-game point streak (5-4-9) extending to December 26. In 99 career AHL games, McMann has registered 34 goals and 20 assists and set a Marlies franchise record for goals scored in a rookie season (24).

Forward Logan Shaw was the last Toronto Marlie selected as AHL Player of the Week on November 7, 2022.