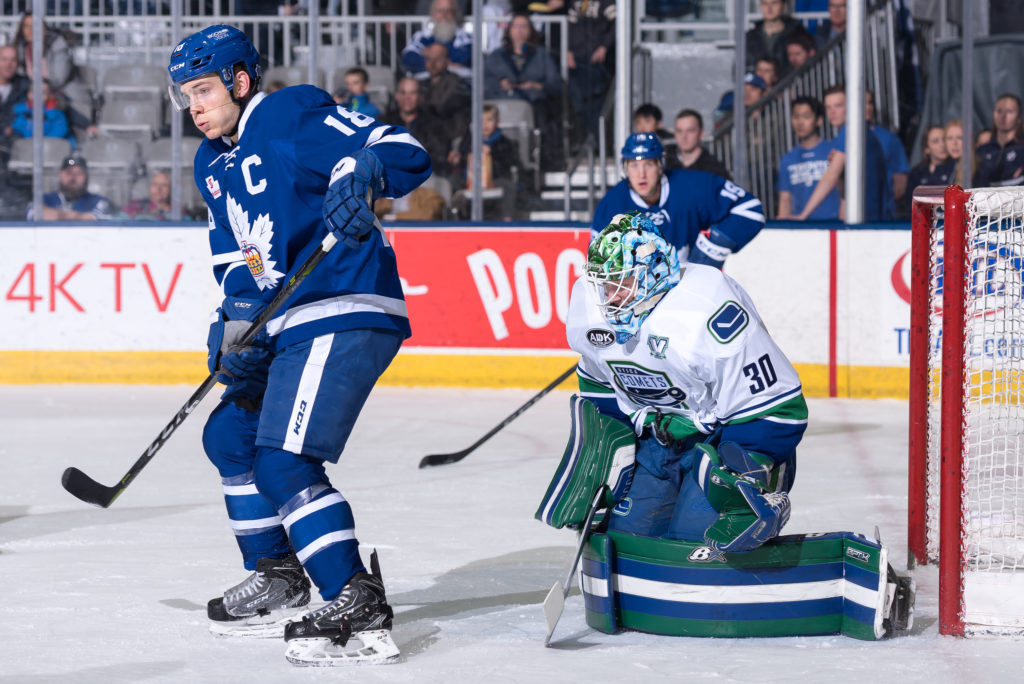 Starting the game on time is more than a simple message in the North Division Semifinal series between Toronto and Utica, it could be the ultimate key to success.

When leading after the first period, the Toronto Marlies suffered just two regulation losses throughout the entire 2017-18 regular season.

At the other end, the Utica Comets only lost three games in regulation when they took a lead into the first intermission.

With strong goaltending providing confidence for both sides, striking early and starting strong will be a major advantage in the opening round series.

“It’s really important especially when you have good goalies like we have and they have, so the first goal is huge,” said forward Trevor Moore, who finished the season on a five-game point streak (2G, 5A). “It’s just really important to have a good start to the game and set the tempo.” 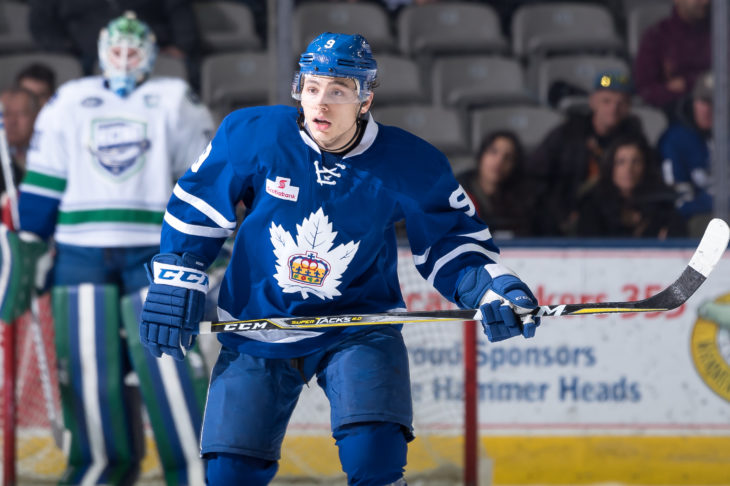 Commenting on both team’s records when leading after 20, Ben Smith also pointed to the netminders that both sides have.

“It speaks to the goaltending on both teams. For us, it speaks for itself. Both of our guys have done a phenomenal job all year and we’re going to need that to continue,” Smith said. “For them, Demko and Bachman are also very talented goalies.”

After winning five of eight games during the regular season series and ending the year with points in ten straight, the Marlies are a confident group entering this year’s postseason. But the playoffs offer a reset for everyone and sticking to the structure and style that brought success in the regular season will be important to supporting a deep playoff run.

“I think all winning teams have an attitude that no matter what happens, you have a chance to win the game. We’re going to try and bring that and play our game,” Smith said. “If we play to our systems, it’s pretty tough to play against. And if we’re doing that well, we’re a team that can win some games and we showed that during the regular season.” 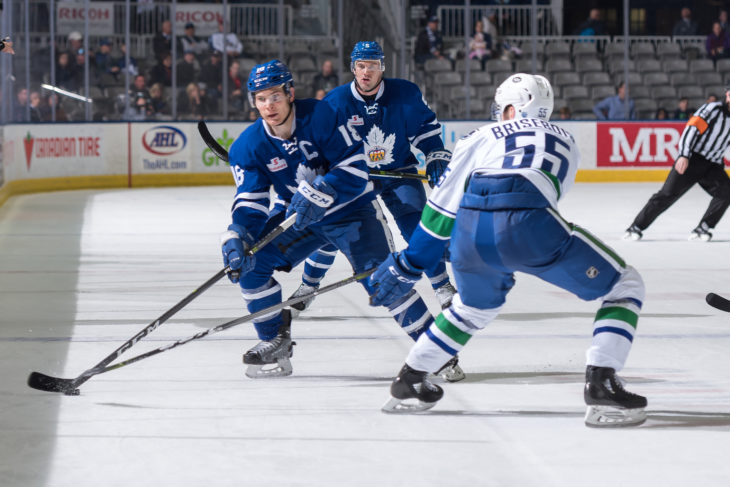 “We’re a really confident group,” Moore added. “But playoffs kind of starts everything over so momentum isn’t as much as a factor but it’s still important for us to keep it rolling.”

Despite the regular season success, the Marlies know that the intensity will ramp up in the playoffs, and they’ll need to be prepared to match the effort from Utica.

“Scoring first and playing with the lead is always nice, but it’s going to be a tough series either way,” Smith continued. “It’s going to take a lot of hard work and effort and sacrifice for us to get through this team.”

The best-of-five series gets under way Saturday at Ricoh Coliseum when the Marlies host the Comets in Game 1.

Learn more about the Marlies postseason in our Playoff Hub, with information on tickets, scheduling, contests, digital experiences and more.