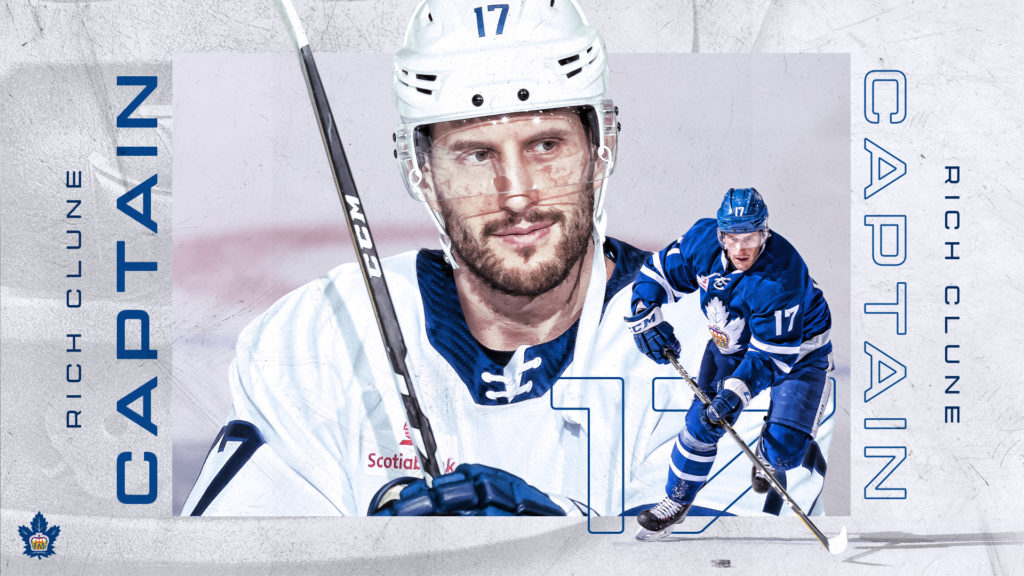 The Toronto Marlies announced today that Rich Clune will serve as the hockey club’s captain for the 2020-21 season. He will be the ninth captain in Toronto Marlies franchise history.

Clune, 33, has recorded two goals in eight games this season. In his six seasons with Toronto, he has registered 45 points (20 goals, 25 assists) in 172 regular season games. The Toronto native has appeared in 20 playoff games for the Marlies, collecting five points (2 goals, 3 assists) and capturing the Calder Cup in 2018. He has served as an alternate captain for the past five seasons. Clune has played more than 600 games at the NHL and AHL levels since being selected by the Dallas Stars in the third round (71st overall) of the 2005 NHL Draft.

“Rich has been an integral member of our leadership group for the past six seasons,” said Laurence Gilman, Toronto Marlies General Manager. “From his first day with our organization, Rich’s strong character, positive mindset and unwavering leadership has made him an exceptional member of our team. His influence has touched each and every Marlies graduate and he continues to inspire our young players on and off the ice. We are excited to see Rich continue to develop, and along with our leadership group, provide invaluable support and guidance.”