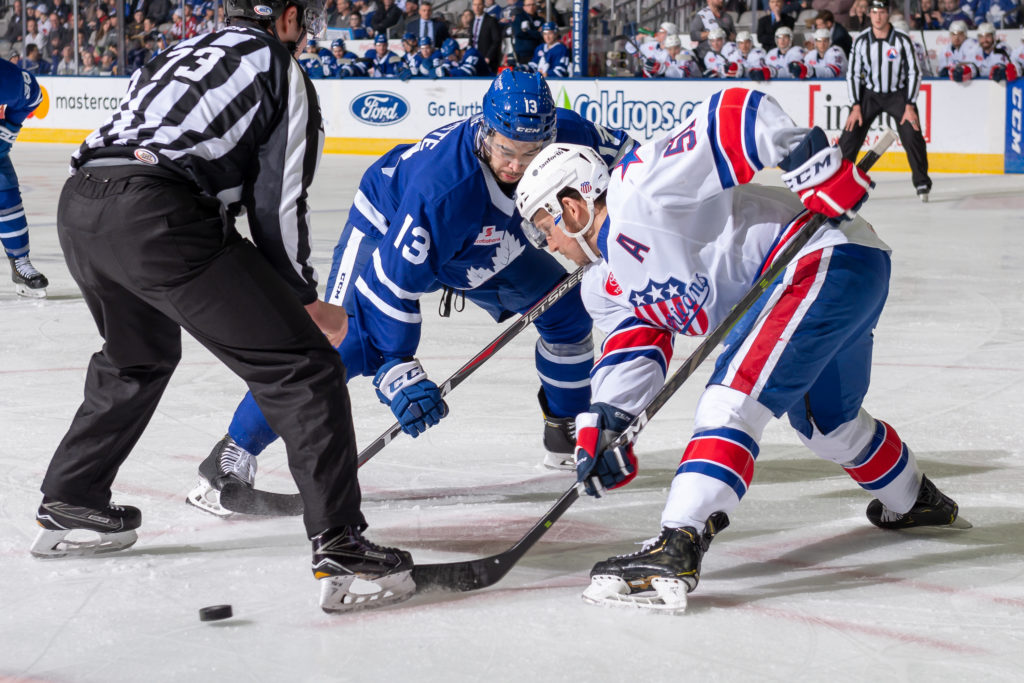 The Toronto Marlies return to action tonight, kicking off the preseason with a North Division tilt against the Rochester Americans.

Tonight’s matchup marks the first meeting between the two teams since Game 3 of the North Division Semifinals when the Marlies completed the first-round sweep to advance to the North Division Finals against the Cleveland Monsters. Looking ahead, the Marlies and Amerks are set to face-off six times during the 2019-20 season, with the first matchup slated for Friday, November 29th in Rochester.

The Marlies preseason roster features a mix of familiar faces and a new wave of players looking to make an impact. Kasimir Kaskisuo, Nicholas Baptiste, Colt Conrad, Tanner MacMaster, Joseph Duszak, Mac Hollowell and Jesper Lindgren are among the returning players, while nine 2019 Kelly Cup Champions from the Newfoundland Growlers are among some of the fresh faces looking to make an impression. 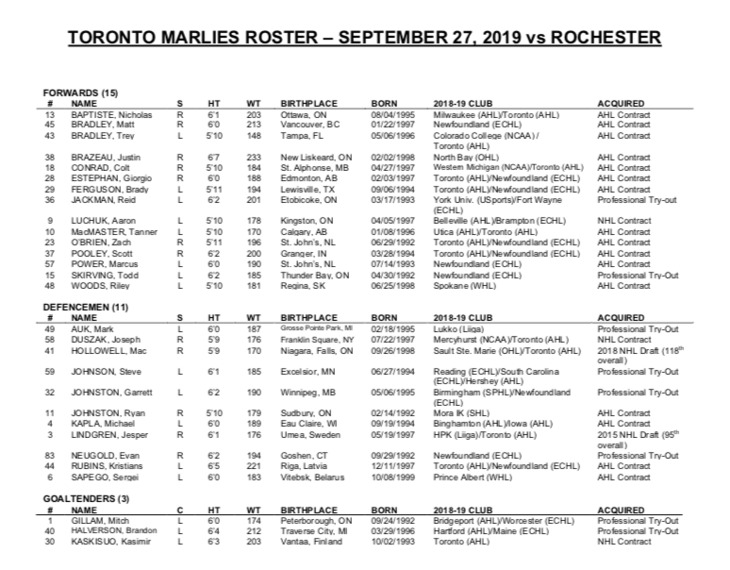 These two rivals will close out the preseason on Sunday, Sept. 29 for a 4:00 PM start at Ray Twinney Complex in Newmarket, ON. Tickets are available here.