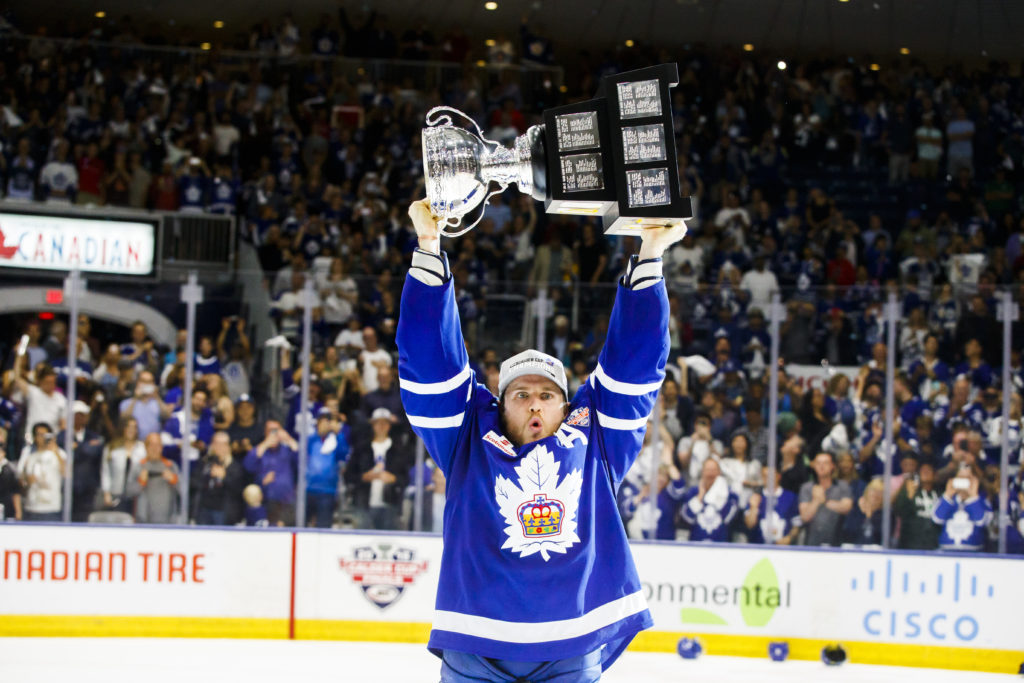 The Toronto Marlies announced today that forward Colin Greening has re-signed with the Marlies for the 2018-19 season.

Greening, 32, enters his third season with the Marlies. In his two seasons with the club, the St. John’s-native served as an alternate captain, registering 53 points (26 goals, 27 assists) in 142 regular season games. Greening has played in 31 postseason games, recording 13 points (6 goals, 7 assists) and won his second Calder Cup and first of the Marlies franchise this past season. Drafted 204th overall in the seventh round of the 2005 NHL Entry Draft by the Ottawa Senators, Greening played 286 NHL games with the Ottawa Senators and the Toronto Maple Leafs, recording 102 points (45 goals, 57 assists).