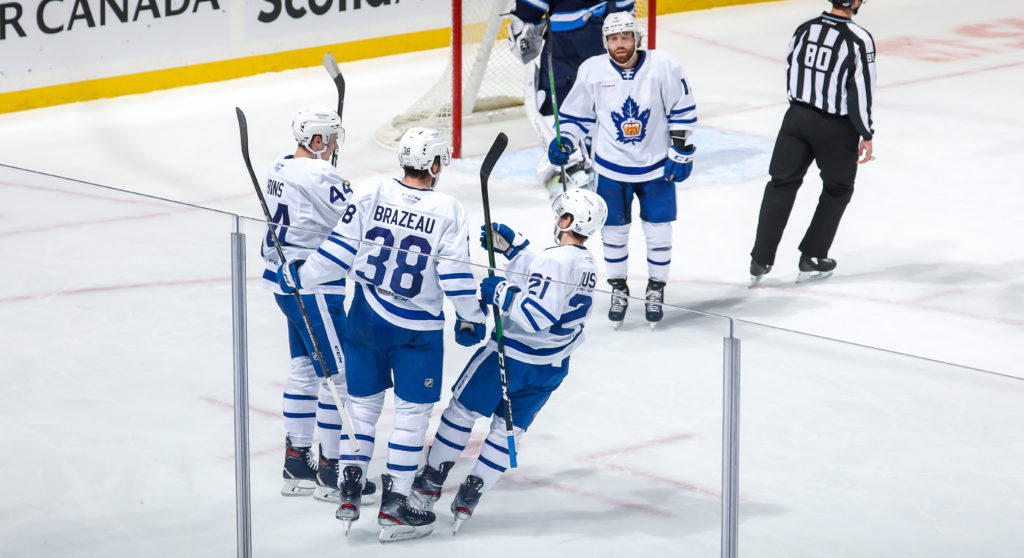 On what was the messaging after being down 2-1 after the first period:
I think the team was fighting our exits a little bit. We were a little disconnected between our forwards and our D. We just needed to simplify some stuff there. Rich Clune really got the energy going, really got the bench lifted there for us at the end of the first and that carried us into the second.

On the line changes and Nick Robertson and Kenny Agostino switching lines during the game:
Up until that point in the game, I thought those lines were a little more productive yesterday. Sometimes moving just one body … just gives it a different look, either sparks guys or just gives a different energy and flow. It seemed to work out tonight so after the first couple of shifts, I just left them.

On what he’s liked from the defence:
Their puck play, their defending. We talked a lot about their consistency and their willingness and want to defend which is creating more offence for them. They’re getting the puck back faster, than it puts them in better spots to transition and join up in the rush and especially at the offensive blue line, they’re doing a lot of good stuff. [Liljegren and Rosen] have been carrying a lot of minutes and played good minutes for us. We need to continue to lead on them moving forward.