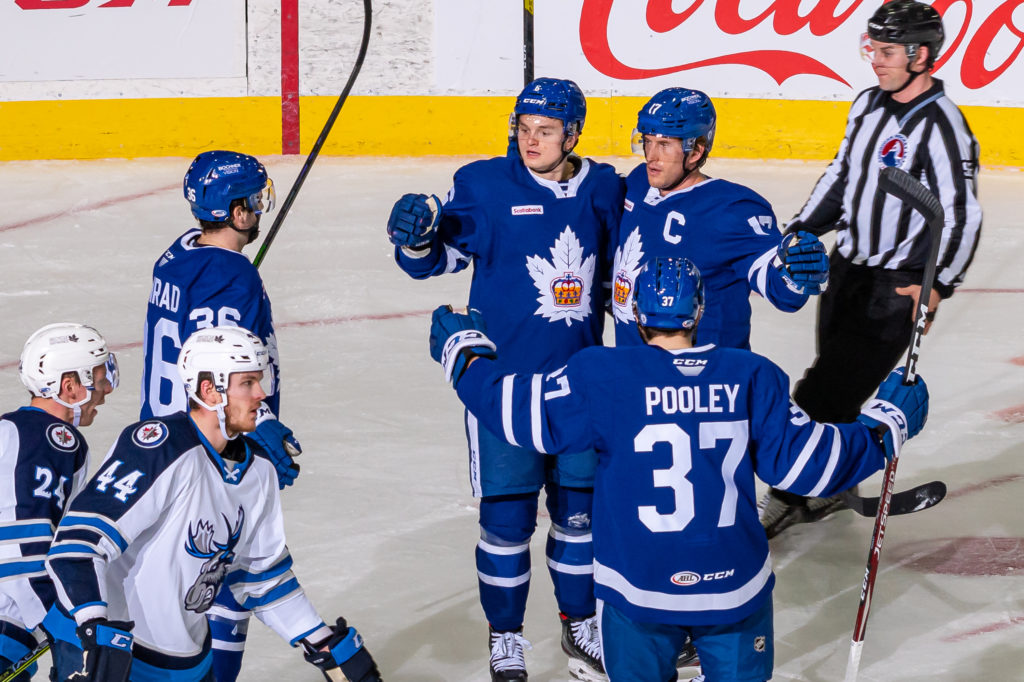 On the team’s response after killing an early 5-on-3:
A positive one. It’s definitely difficult that early in the game to go down two but a really good job by players and (assistant coach) Rob Davison to keep them organized. It was more of momentum lift when we got through that to get us through the first period.

On Rich Clune:
He has the full respect of everybody, he’s lived an incredible life. The relationships he’s built with the players, his approach every day and how hard he works. For how long he’s been playing to show up and still want to get better every day in every area of his game, wanting to get better as a person every day. Pushing everybody and being a big mentor in the room. For the short time I’ve been here, I’ve been so impressed with the stories that staff talk about from the past years of him doing similar things that I’ve experienced during my time here with him. Presenting that with him this morning, it was difficult to get the words out and find the right words. I actually was nervous to give the speech. Just because I don’t know if I could have done him justice to be honest with the right words. He means so much to this organization. He means so much to everybody for so many years, even with people who aren’t here now. It’s awesome to see the support and love on social media and Twitter as well from past teammates, people he’s crossed in his career and his life. He’s had a very positive impact and it’s awesome to see.