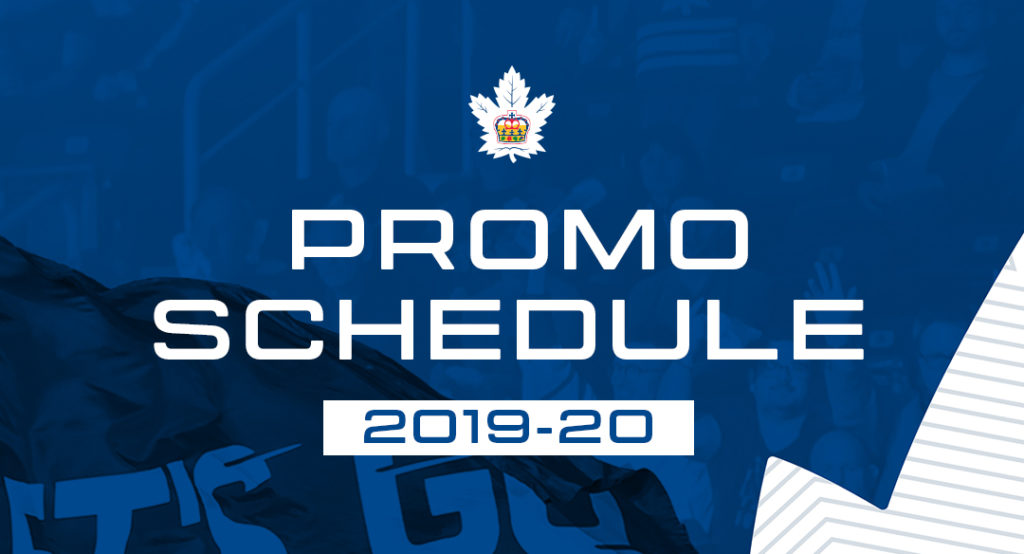 The Toronto Marlies announced today the on-sale date for single game tickets and promotional schedule for the 2019-20 season. Single game tickets will be available for purchase to the public through Ticketmaster on Wednesday, September 11 at 10:00 a.m.

Fans are encouraged to join the Marlies Insider for access to an exclusive presale that begins Tuesday, September 10 at 10:00 a.m. Insiders will have the opportunity to access tickets before the general public and save up to 50 per cent on regular season tickets.

The Marlies will open their season at home against the Belleville Senators (Ottawa) on Saturday, October 5 at 4:00 p.m.The Marlies will return to Scotiabank Arena for four games in their annual series, which includes a Marlies and Leafs doubleheader (November 30) and games on Boxing Day (December 26), Family Day (February 17) and St. Patrick’s Day (March 17).

For more information, fans can visit Marlies.ca/promoschedule to learn about all planned giveaways and promotional nights.

Visit Marlies.ca/Memberships to purchase a Marlies 2019-20 Season Ticket Membership starting as low as $16 per seat and includes exclusive benefits like a Complimentary 18-person Suite, 50 per cent off underground parking and access to the Ticket Exchange Program.