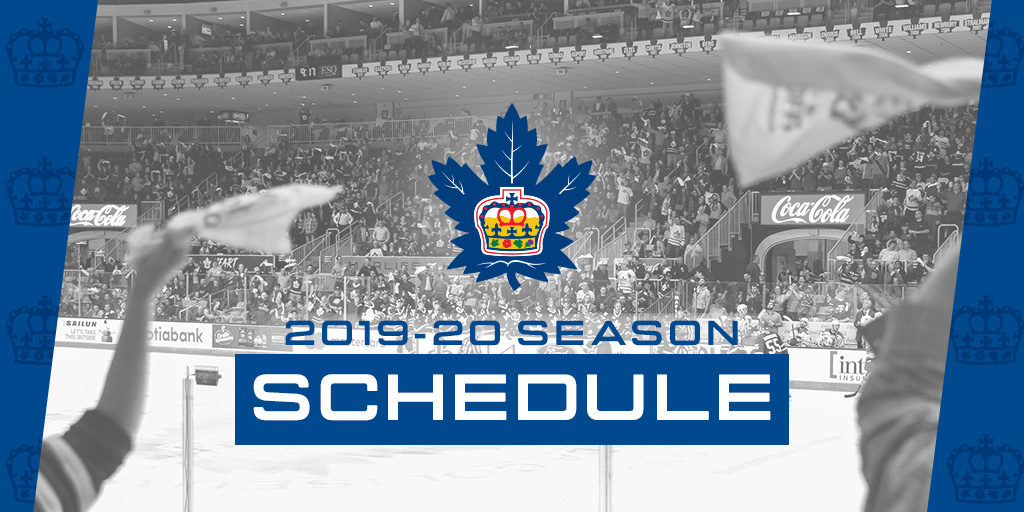 The Marlies will return to Scotiabank Arena for four games in their annual series, which includes a Marlies and Leafs doubleheader (November 30) and games on Boxing Day (December 26), Family Day (February 17) and St. Patrick’s Day (March 17) during March Break.

The Marlies return to the Western Conference for an extended swing through Texas, facing off against the Texas Stars (Dallas) and the San Antonio Rampage (St. Louis), as well as the Grand Rapid Griffins (Detroit) and Rockford Ice Hogs (Chicago). This is will be the first time Toronto has played these Western Conference opponents in the regular season since:

An additional breakdown of the Marlies 2019-20 schedule is available below. Further details, including ticket presale and on-sale dates, special theme nights, broadcast information and the team’s training camp schedule will be released at a later date.

Visit Marlies.ca/Memberships to purchase a Marlies 2019-20 Season Ticket Membership starting as low as $16 per seat and includes exclusive benefits like a Complimentary 18-person Suite, 50 per cent off underground parking and access to the Ticket Exchange Program.

For single game tickets, fans are encouraged to register to become a Marlies Insider at Marlies.ca/insider for ticket presale access and to stay up to date with all Marlies ticketing and team news.

BY DAYS OF THE WEEK