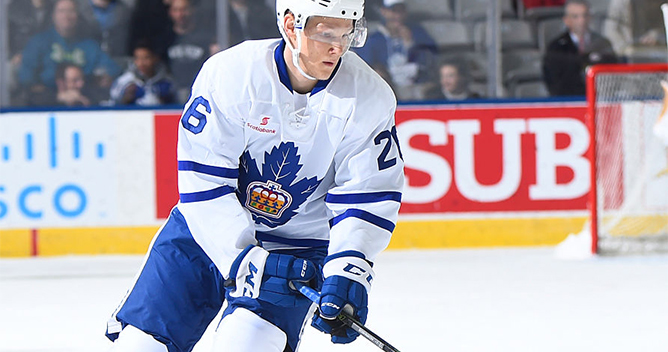 The Toronto Maple Leafs announced Tuesday that the team has recalled forward Nikita Soshnikov from the Toronto Marlies (AHL).

The Maple Leafs return to the ice tonight when they host the Edmonton Oilers at 7:30 p.m.