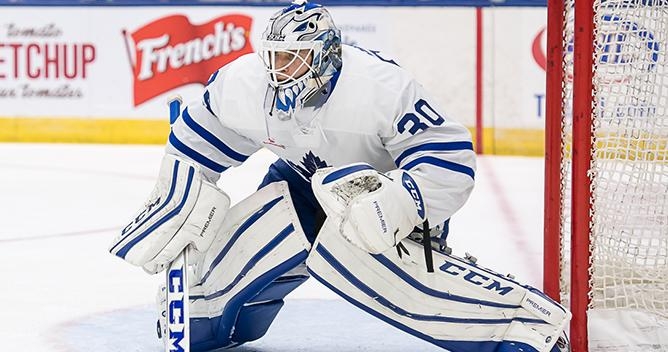 Bibeau, 22, has posted a 7-6-2 record, a 2.48 goals against average, a .910 save percentage and three shutouts in 15 games with the Marlies this season. The Victoriaville, Quebec native made 26 saves in his NHL debut against Colorado on December 11.