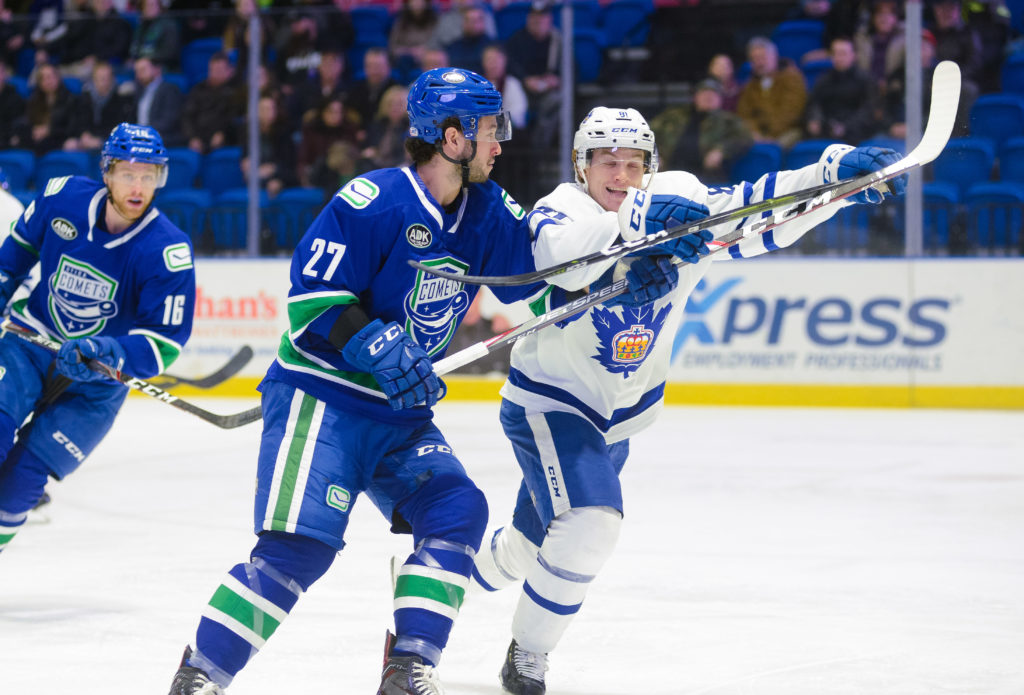 On tonight’s game:
The game did not go our way the first period. They came to play, they played fast, they played really strong. We weren’t ready for it. That was probably one of the best teams I’ve seen since I got here. We did have compete and battled to try and claw and scratch our way back. A couple of late goals started to give us a chance. Too many turnovers and breakouts, too many turnovers, actually trying to go one-on-one a little too much in the neutral zone. But this is a good benchmark for us to see where we’re at right now to internally look to see what we need to do to move forward.

The Marlies hit the road this weekend for a pair of divisional games in Upstate New York.

Tonight’s matchup will be the fourth meeting between the clubs this season. The teams met in back-to-back games on November 30th and December 1st. Utica took the first meeting 4-3 at Scotiabank Arena, while Toronto bounced back to even the series with a 5-3 victory at Coca-Cola Coliseum. The Marlies made the trip to Utica ten days later and dropped the contest 6-4 to the Comets. Toronto aims to even the season-series in a pivotal North Division showdown.

The Marlies cracked a three-game losing streak on Wednesday in a dramatic 4-3 overtime win over the visiting Cleveland Monsters. Tanner MacMaster scored the game-winning goal 37 seconds into OT for the Marlies and recorded two points. MacMaster has three points (1-2-3) in three games against the Comets this season. Newly acquired LW, Miikka Salomaki recorded two points (1-1-2) in the Marlies’ victory on Wednesday.

Tonight’s game is the first of a four-game road-trip for the Marlies. Toronto heads to Binghamton on Saturday before venturing to Texas and Belleville next week.